The Weather Channel is threatening to rain all over DirecTV if it can’t come to terms on a new distribution agreement with the satellite broadcaster. 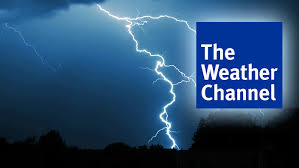 DirecTV is going to no longer carry The Weather Channel. Are they Stupid? The reasoning is, that I got from the link, that they are not making enough money off of broadcasting the weather. They make more money off of sports. Do not get me wrong I love my sports NASCAR, football, baseball, and basketball are my favorites. I just watch a NASCAR race longer than the local on the eights. I think that is logic. How many people really on TWC. Not just local forecast but nationwide forecast. If I was going to fly to Florida next week, during Hurricane season, and I was watching TWC and they forecasted a hurricane developing and making landfall within the next six to seven days in Florida. I think I would change my plans. Maybe I would put it off for a few days hoping the hurricane would move through or a week and hoping another hurricane would not make landfall. I think The Weather Channel is a plus to DirecTV and Dish Network. Any satellite  or cable provider would be a fool to drop The Weather Channel.